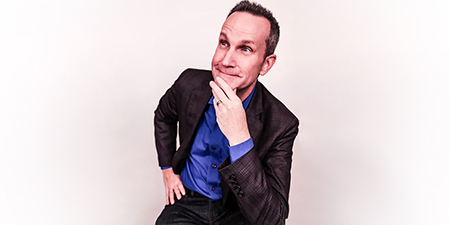 A seasoned veteran of comedy clubs and late night television, Jimmy Pardo has appeared on such shows as The Tonight Show, Conan, The Late Late Show and his own half hour special on Comedy Central. Most recently he was the host of the critically acclaimed Science Channel show Race To Escape. Jimmy regularly appears on TBS’ Conan as a panel guest, but he has also been Conan’s go-to warm-up, field correspondent, sketch player and even fill-in cohost. He has also conducted some very unconventional celebrity backstage interviews for Teamcoco.com‘s “The Pardo Patrol.”

Tickets will be $25 for general admission. You must be 21+ to attend this shows, as the Rhythm Room is on the Casino Floor.